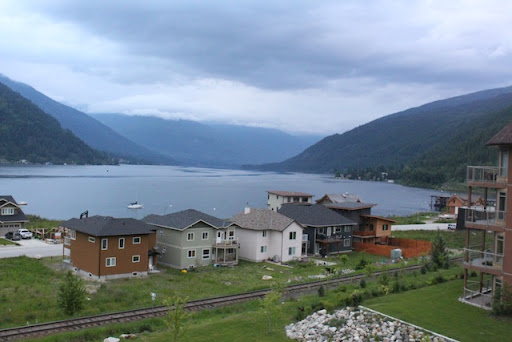 During my recent travel to USA and Canada, I had an opportunity to visit a little beautiful town called Nelson which was in British Columbia (In Canada) Its small city with great people. I had the honor of staying with a very warm host, Susan Kurtz. She is an advocate and is very active in community work. The whole bunch of kind hearted and generous people made our stay in Nelson a very memorable experience.

Since we were with the Rotary Group Study Exchange, the Mayor of the city wanted to welcome us personally. So we had an invitation from the Mayor’s office to meet the Mayor. We also learnt that the Mayor him self was a Rotarian! Well we all got completely dressed up for the occasion as it was a great day of honour for us. 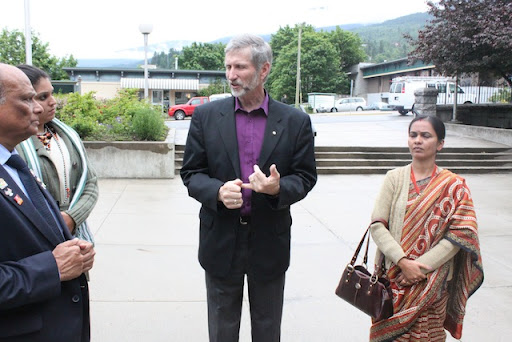 As we reached the Mayor’s office, we were late by few minutes as our last visit to a museum got stretched a little longer than we thought. We were rushing to Mayor’s office. As we came near the office, a man stopped us. He started enquiring about us. There were few Rotarians with us who kept answering him. We were feeling bad deep within as we were already late to meet the Mayor. But within few minutes, we understood that this guy was the Mayor! He was so unassuming that we couldn’t believe that we were actually standing with the Mayor! Back in India, we are used to so much of hierarchy, and protocols, it would be difficult to imagine meeting the Mayor so easily especially if you are a totally stranger to the Mayor. Anyway, as he spoke, I wanted to click a picture of him and I asked a Rotarian accompanying us if I could click his picture, that lady said I could surely click. In few more minutes I understood that the lady was Mayor’s wife! Well…! 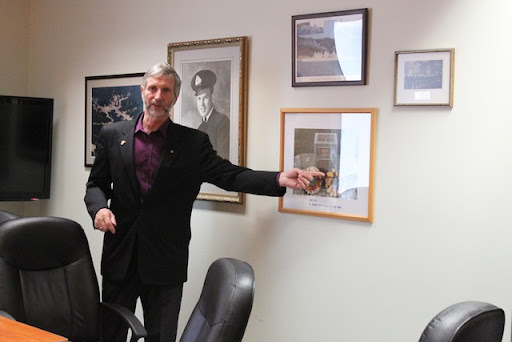 Mayor took us to his office, introduced us to his fellow staff and explained the entire functioning of his office and how the city administration works etc. it was a guided tour given by the Mayor himself! When we entered the hall where the Mayor holds his meetings, there was a chair for Mayor and one of our team mates, Greeshma was staring at it and Mayor saw that. He graciously asked Greeshma to sit in the chair. We were all surprised and shy, but then he made Greeshma sit on his chair. He also gave her the prestigious chain of power and laughed that she was the Mayor of the city now. He was a man with such simplicity.

When we entered Mayor’s personal cabin, we saw several hand made greetings on his table. Sensing our curiosity, Mayor took one of the cards and opened it for us. It was a thank you card. He said, he and his staff constantly keep receiving thank you cards from various people especially children for various things the Mayor’s office does. Well imagine a politician receiving a thank you card! He must be doing something right! 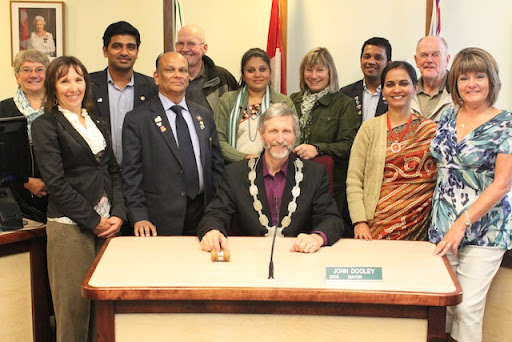 Mayor had lot of pictures in office from Ireland. When asked, he said, he is originally from Ireland and had migrated to Nelson several years ago. As he spoke as how much love he had received from Canada though he was a simple kid from Ireland, he had tears in his eyes. Wow! What a way to touch someone’s life. If a country can have administrators who feel grateful to it, administrators who feel responsible towards citizens, citizens who love their country, how can things go wrong? Nelson is a wonderful example for this. Our team came out of Mayor’s place with a great feeling. Good luck to you Mr. Mayor. May you have all the strength and support to continue your great work.

This entry was posted in GSE to USA, Travelogue. Bookmark the permalink.

4 Responses to Mayor of Nelson city